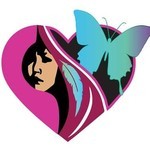 YAWC, in partnership with the Whitehorse Aboriginal Women’s Circle and Liard Aboriginal Women’s Society hosted private gatherings in Whitehorse and the Brooks Brook camp on June 12-15, 2019. The gatherings were for individuals who testified or family members of those who testified in the National Inquiry into Missing and Murdered Indigenous Women and Girls. The gatherings were well received by the approximately 60 family members who participated. Positive comments focused around the fire ceremonies, performances, guest speakers, meals, gift exchange, memorabilia table, tie dying, moose hide tanning, and opportunity to talk with one another.
The inquiry began in Whitehorse over 2 years ago and so these gatherings represented the closing of the circle and an opportunity to honor the stories of family members and to honor the work of the commissioners. Thank you for making the gatherings so special. We are also grateful for the support of the Ta’an Kwach’an Council, Kwanlin Dun First Nation, Teslin Tlingit Council, and Yukon Government’s Women’s Directorate and Justice Department.