Northwestel always looks forward to collaborating with northern artists on the Northwestel Directory Cover Art Competition. They are accepting submissions until October 25, 2021 at 9am PT for the following telephone directory covers:

A prize award of $5,000 will be awarded to each of the three selected winning entrants. 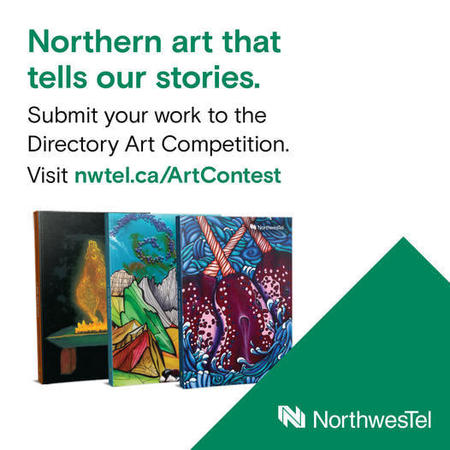 Works to be considered must be: